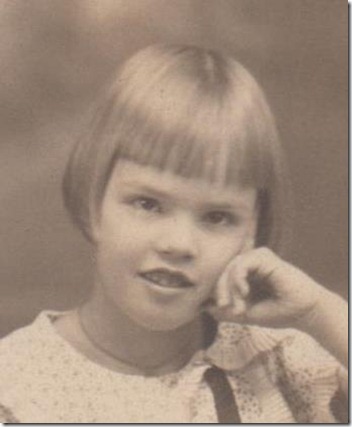 Today I tried to sing all the songs my mother loved. Some kids got lullabies; I got The Tennessee Waltz, Melancholy Baby, and Embraceable You. I got The Eyes of Texas and Mairsie Doats. I got rafts of World Word II songs like I’ll Be Seeing You and Mamselle.  I got a ballad that I have never been able to remember after these lines:  “Oh listen boys listen to this story I gotta tell. This little epistle concerns our Nell.”

Eleven years ago my mother died, and I still cannot explain why it was that I was mean, impatient, critical, and completely without empathy when it came to her. I had a ball of anger inside that wouldn’t quit. And yet I loved her, though I wouldn’t admit it. I love her still, and now I am grateful for that love.

Peggy could suck all the air out of the room, literally, with her ever-present Marlboro; and figuratively, with her insistent ability to draw everyone’s attention to her. The expression “It’s all about me!” is supposed to be a joke delivered with a self-deprecating smile. With her, it was real, and it was so desperate. She would clap her hands together and shout “Oh, let’s have fun!” and the fun, if any, would come to a screeching halt. She could spoil a Christmas or vacation without even breathing hard by indicating her disappointment or hurt.

She would interrupt anyone’s most serious and urgent communication to ask them to fetch a Kleenex, bring an ashtray, or in my case, urge me after three sentences to “get to the point.” She “worried” about me all the time, but it was clear that it was what worry was doing to her that was important, and not whether or not the thing she worried about would actually happen. When my friends who had children were around, even when I was in my forties, she would trade stories with them about the trials of childbirth and motherhood before they even realized what was taking place. I’d be sitting or standing in the same room, silently, while my friend became a deer caught in the headlights.

My mother’s worst failure, in my mind, was that she loved me because she thought she possessed me, and for the daughter she imagined I was; not because she loved the real me and not because she wanted to give me permission to be a person, too. My secret revenge was that I wanted another mother, and my overt revenge was that I closed myself off  to her in every way that I thought I could, even when she was dying, to lessen her power over me. I couldn’t even give her the 1940’s black and white movie ending where everything is forgiven and made right at the deathbed. She would have loved that.

Eleven years later, I know that she was simply a woman who could annoy the daylights out of a saint. She had no negative power except what I stupidly gave her. I am painfully aware, especially when I annoy my own daughter, of how easy it is to let the wish to do and say the right thing drive me into doggedly doing and saying the wrong thing. My mother wanted to be loved. That is all. I finally get it. I wish it were not too late to be forgiven, because I’d like the movie ending, too.